The last time I saw SOiL live was back in 2011 when they were supporting Puddle Of Mudd at the Waterfront in Norwich. They'd just reunited with original vocalist Ryan McCombs and were on a UK tour celebrating the 10th Anniversary of their "Scars" album. Officially Ryan was still in Drowning Pool at the time, and the tour was a one-off but, while interviewing the band, I got the impression that it may become a more permanent arrangement...and so it turned out!

This time supporting Skindred (another band I saw at the Waterfront in 2011) at the larger UEA LCR venue, the band put on a good show. I know the band were pretty jet-lagged, and it was the first night of the tour, but they still managed to put heart and soul into their performance, culminating with frontman Ryan singing/bellowing from amongst the audience throughout "Halo".

So, the photos....lighting for the first 3 songs was mostly Red and Blue washes and hazy, so not perfect, but I got a few shots I'm happy with. 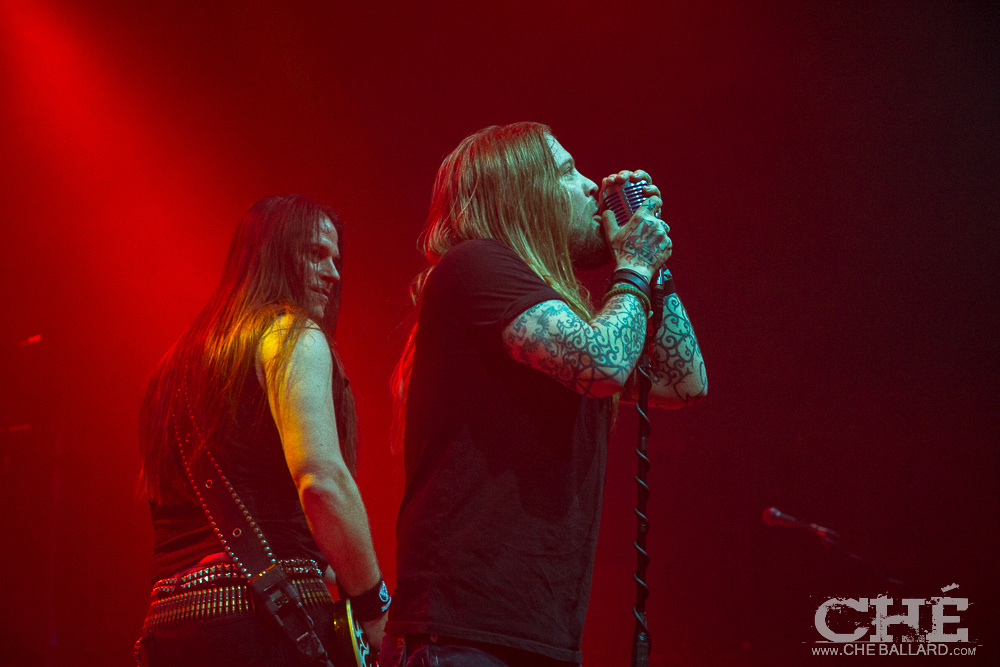 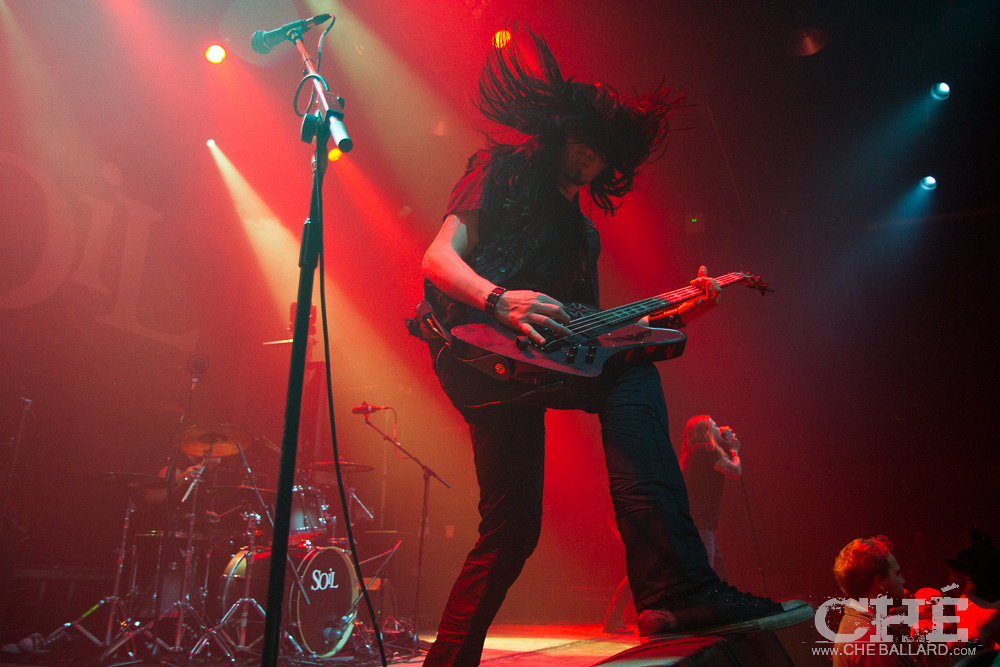 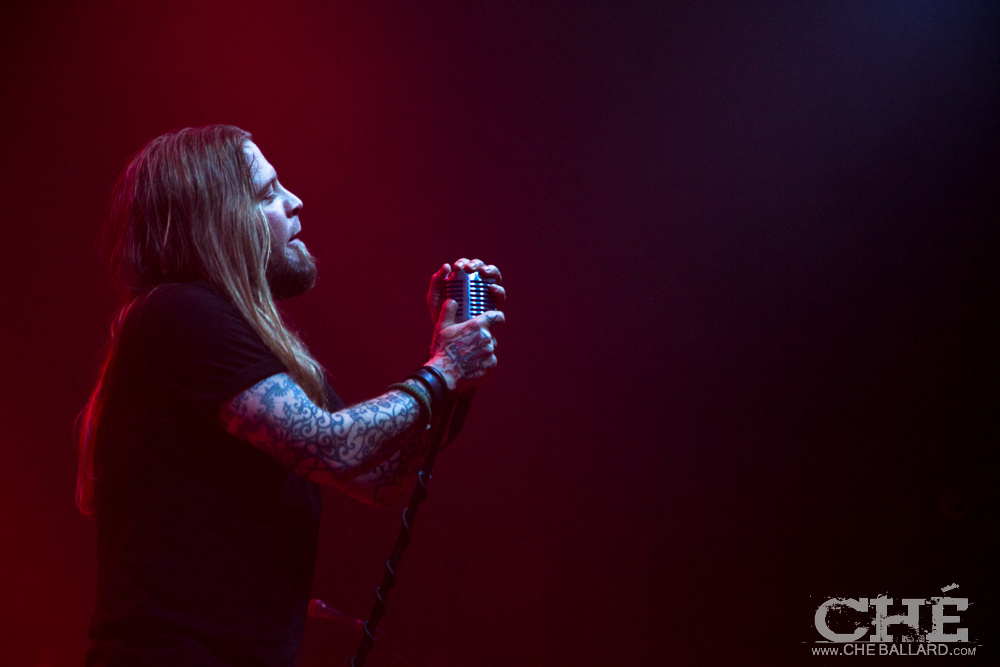 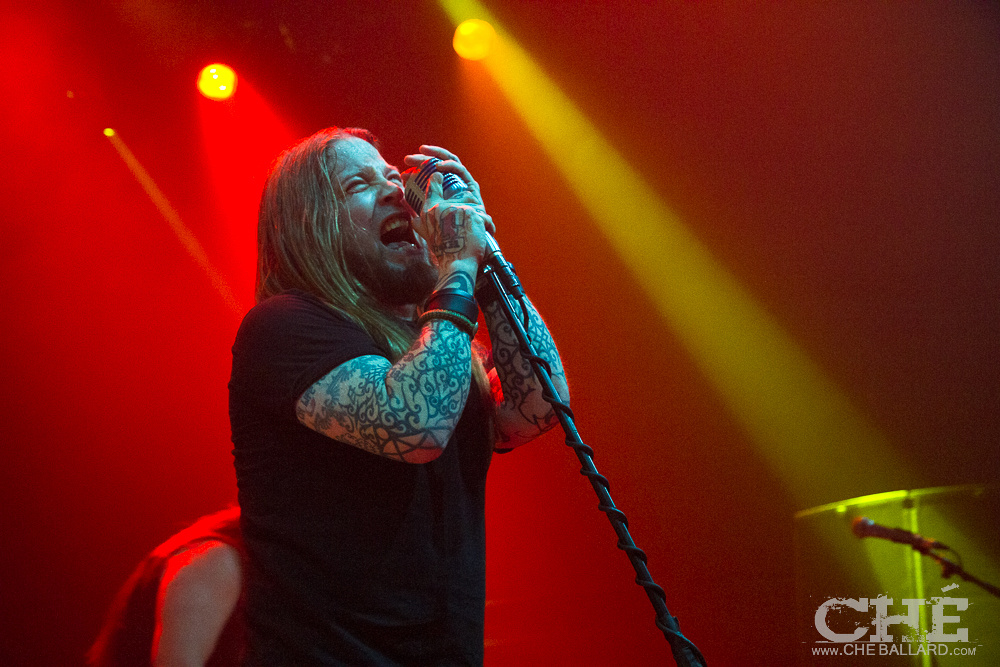 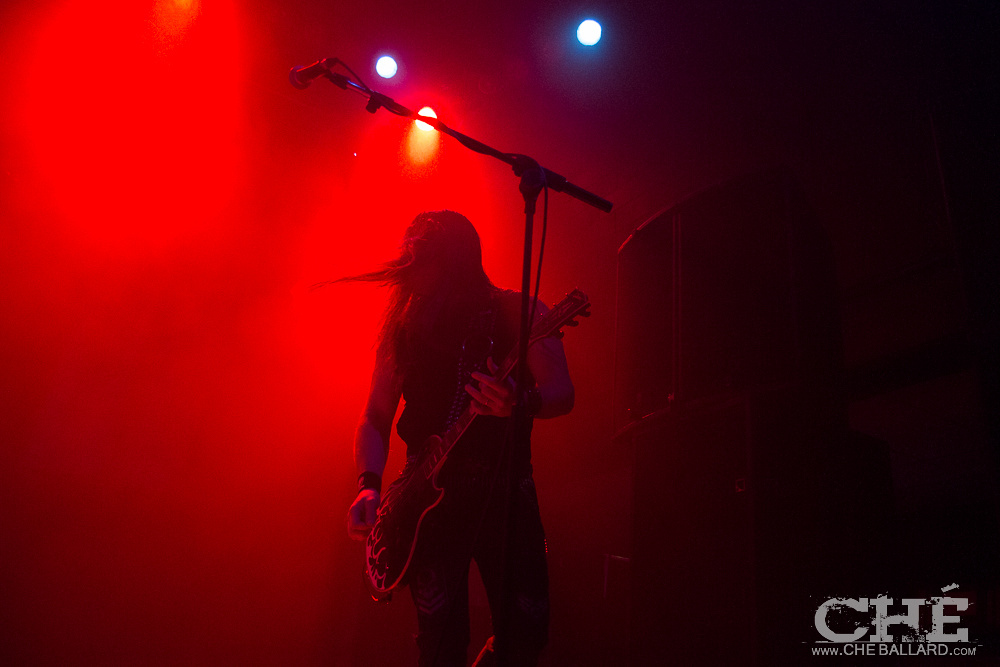 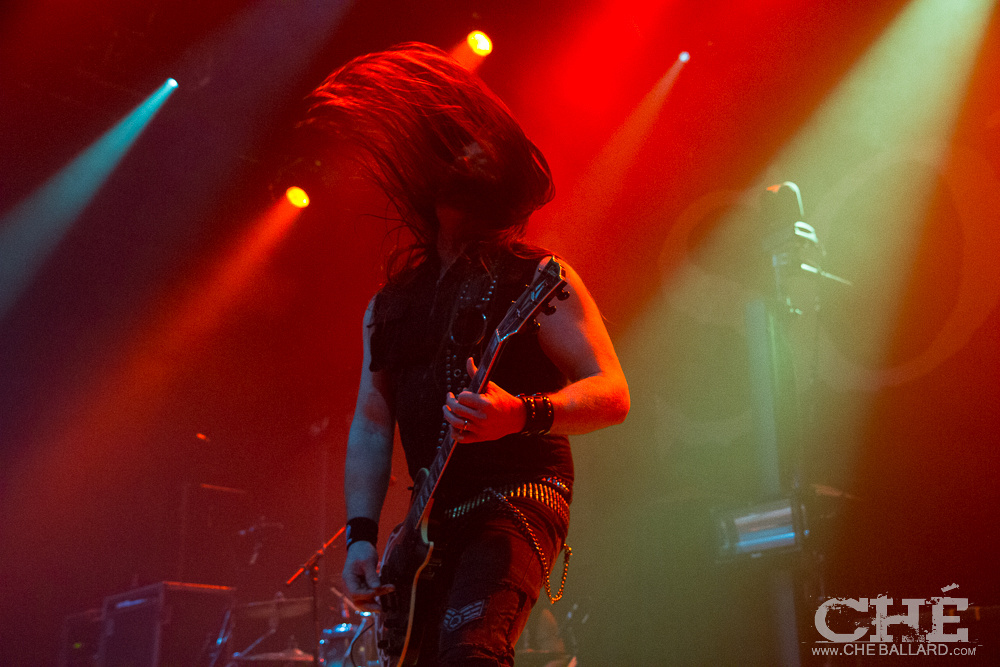 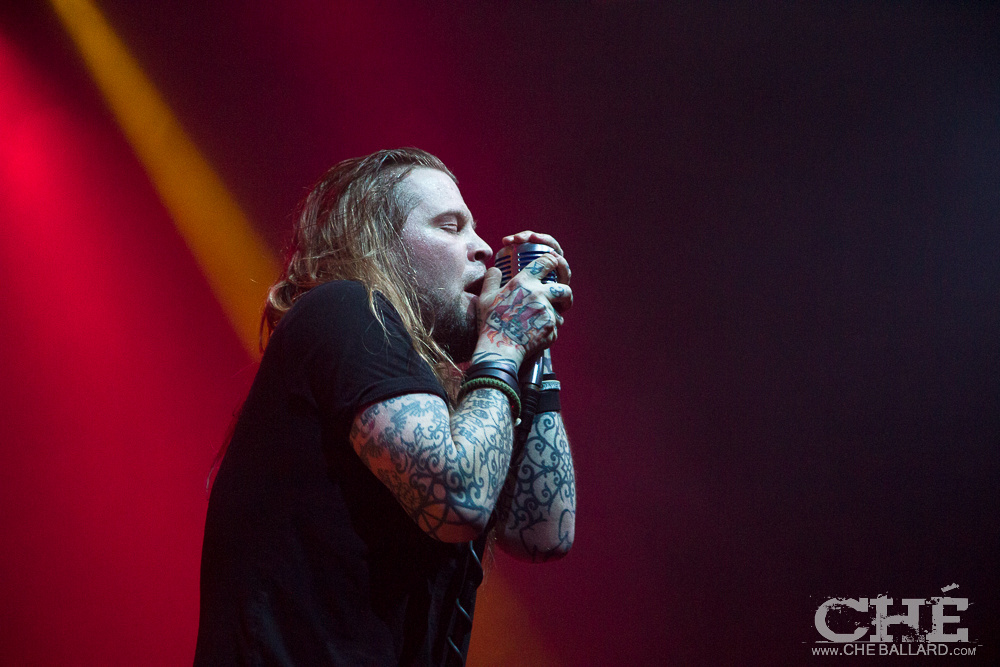 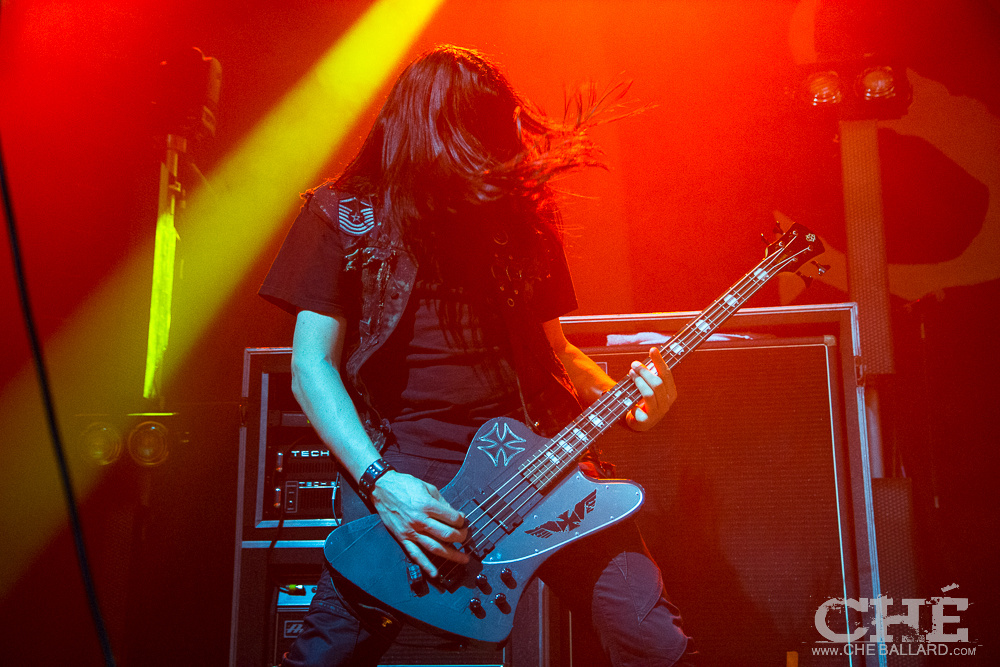 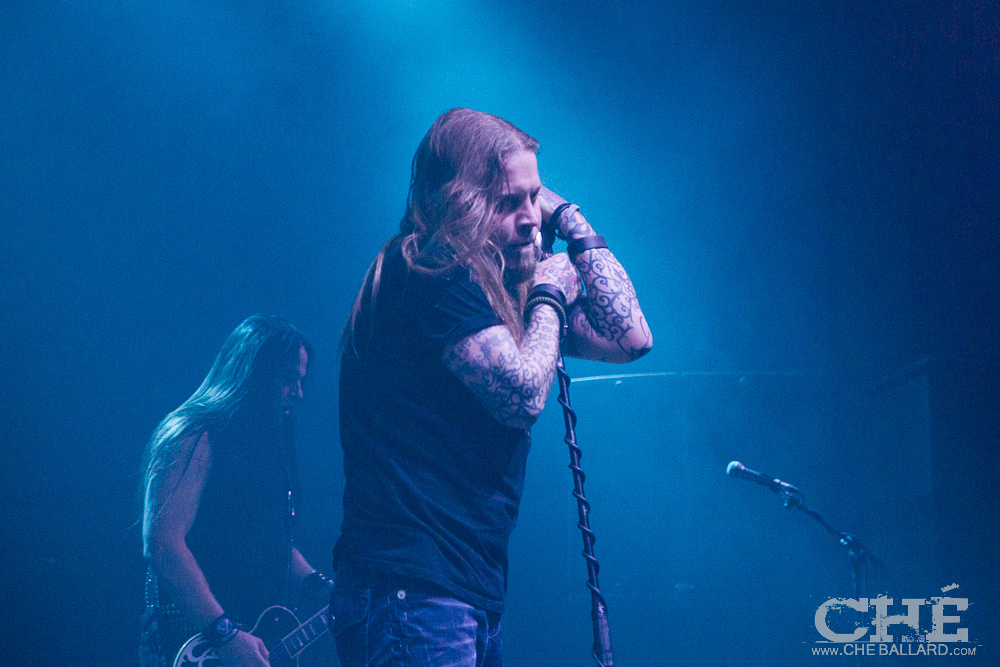 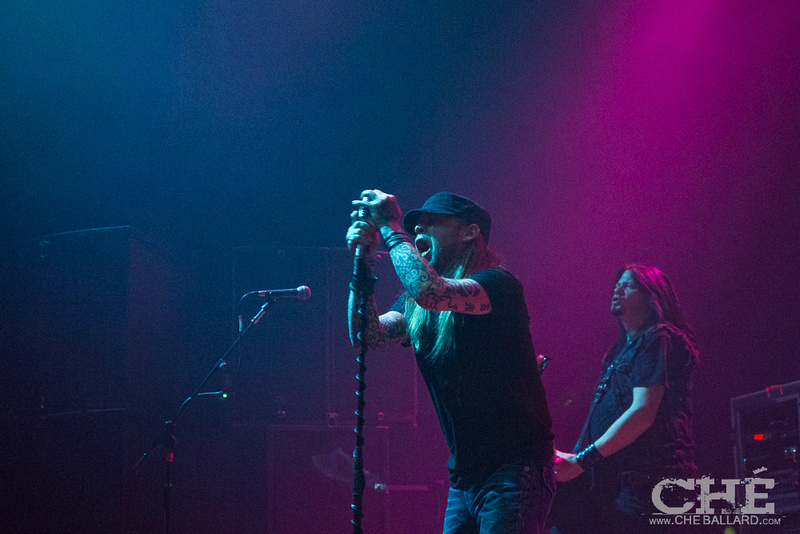