Another year gone, another year I failed to blog regularly (I actually managed to post a measly once last year-disgraceful)! I suppose I really should get my shit in gear or just delete the blog entirely... 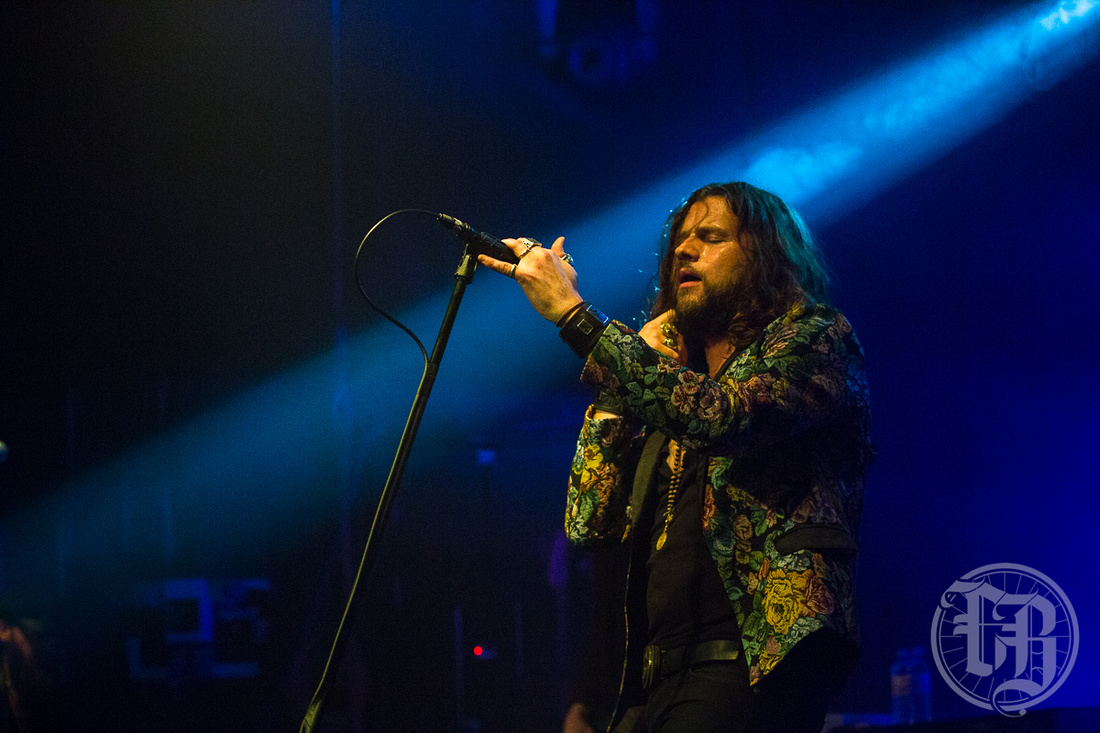 Anyway, the motivation behind this latest post is that I got the opportunity to photograph my favourite live band, Rival Sons, at Cambridge Junction. Result. I've seen them a few times now, and actually photographed them back in 2013 at the same venue. If you fancy a trip back in time, there's a post here: Rival Sons 2013

I won't post a review as such here, as it's Sunday, and I've got shit to do (keep an eye on Roomthirteen.com, as I may post one there), I'll just break up the photos with a bit of text about how great Rival Sons are live (if you didn't know that already). 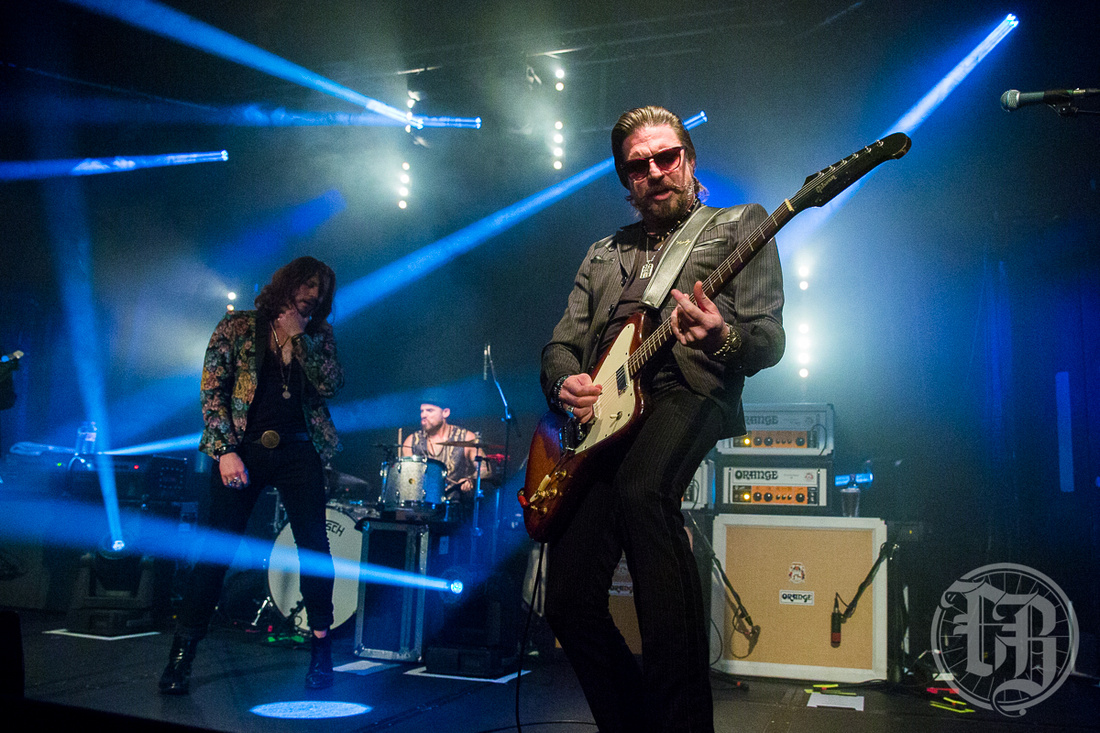 This sold-out gig was slotted in between the Sons' shows supporting Black Sabbath on their "The End" farewell tour, before going out on their own for a tour of Europe, and they certainly had their chops up.

Every time I've seen them Jay Buchanan's voice has had me dropping my jaw, and tonight, looking somewhat akin to Jim Morrison circa LA Woman, and at times sounding like he was channeling Janis Joplin, was no exception. Holy shit, that boy can wail! I would truly give a testicle to be able to sing that good (ideally it would be someone else's nut, but I'd give up one of my own if I had to). 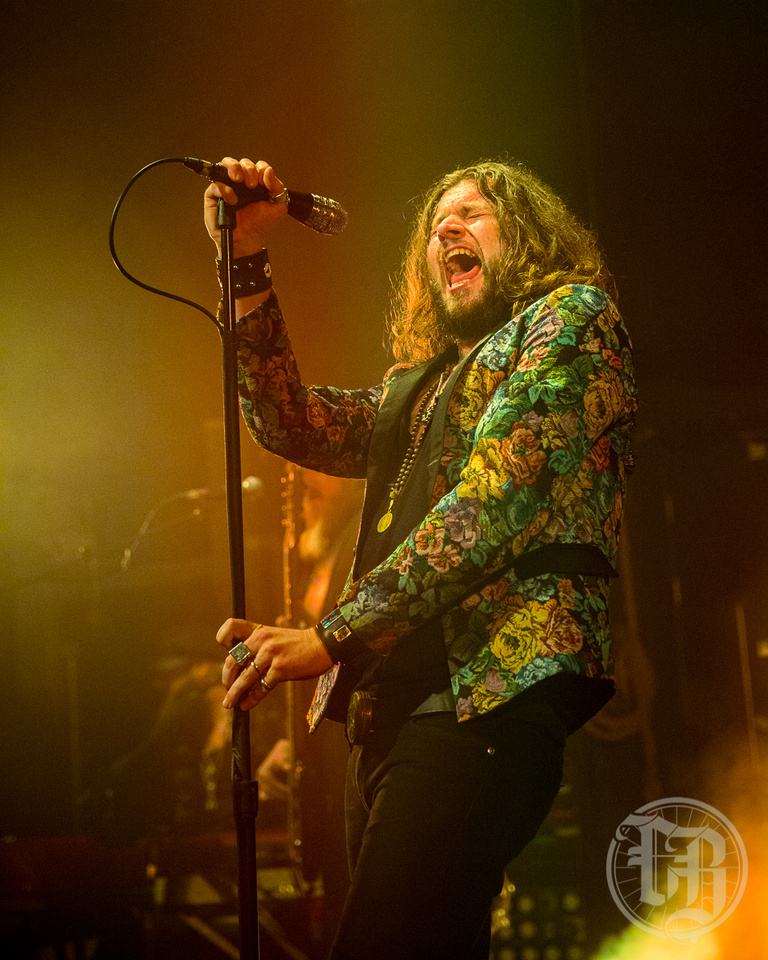 Guitarist Scott Holiday, looking smooth with trademark facial furniture and pinstripe suit, has more guitars by the side of the stage than you've had hot dinners, and he manages to rock the fuck out of each one. 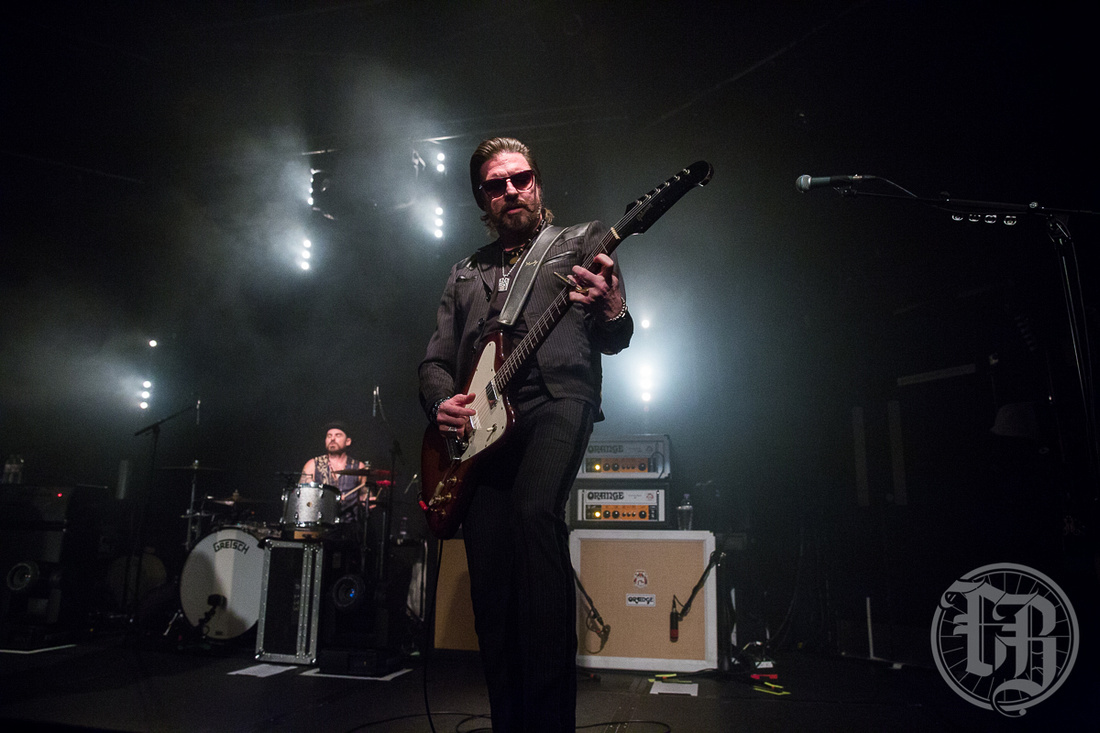 Michael Miley is a bowler-hatted beast of a drummer, who proves that it's not the size of your kit that's important, but how you bang it. Nice Horned owl tattoo btw! 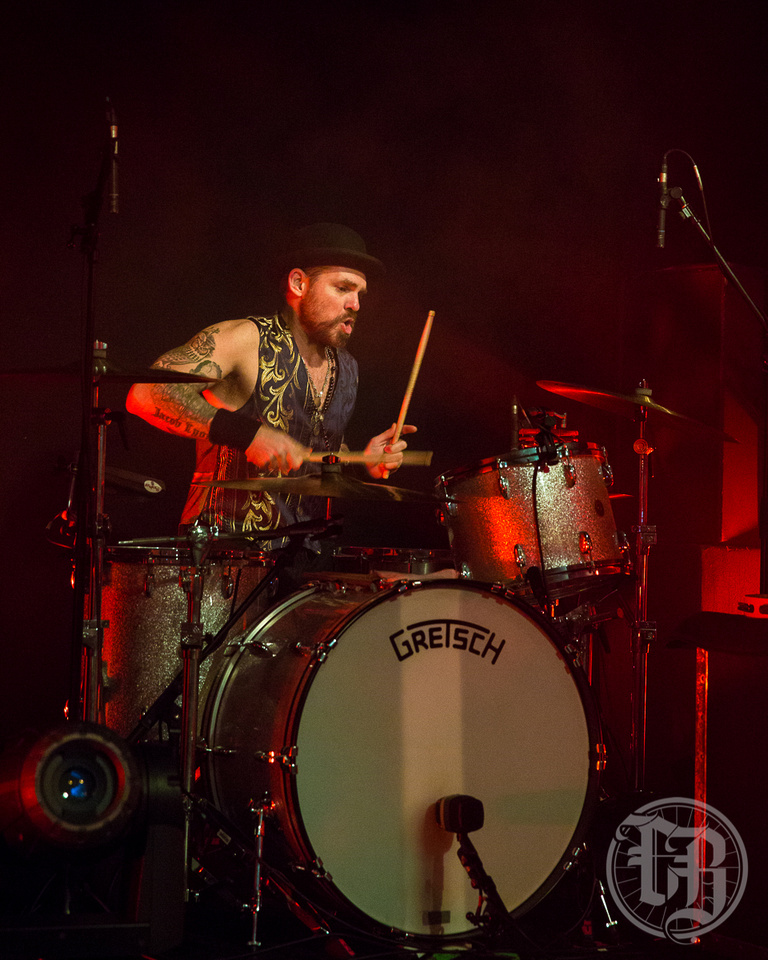 Dave Beste impassively manages to keep things moving; preferring to put all his energies into providing a solid bassline, rather than wasting time on superfluous things like facial expressions. 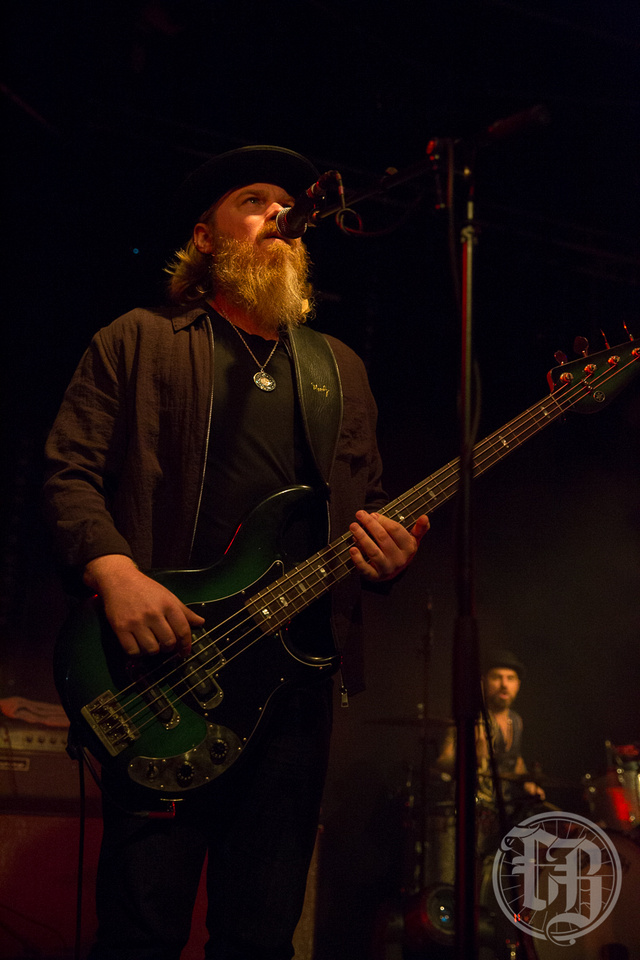 And finally, Todd Ögren-Brooks, sports one of the most impressive beards ever, and manages to fill the songs with keyboard-y goodness. 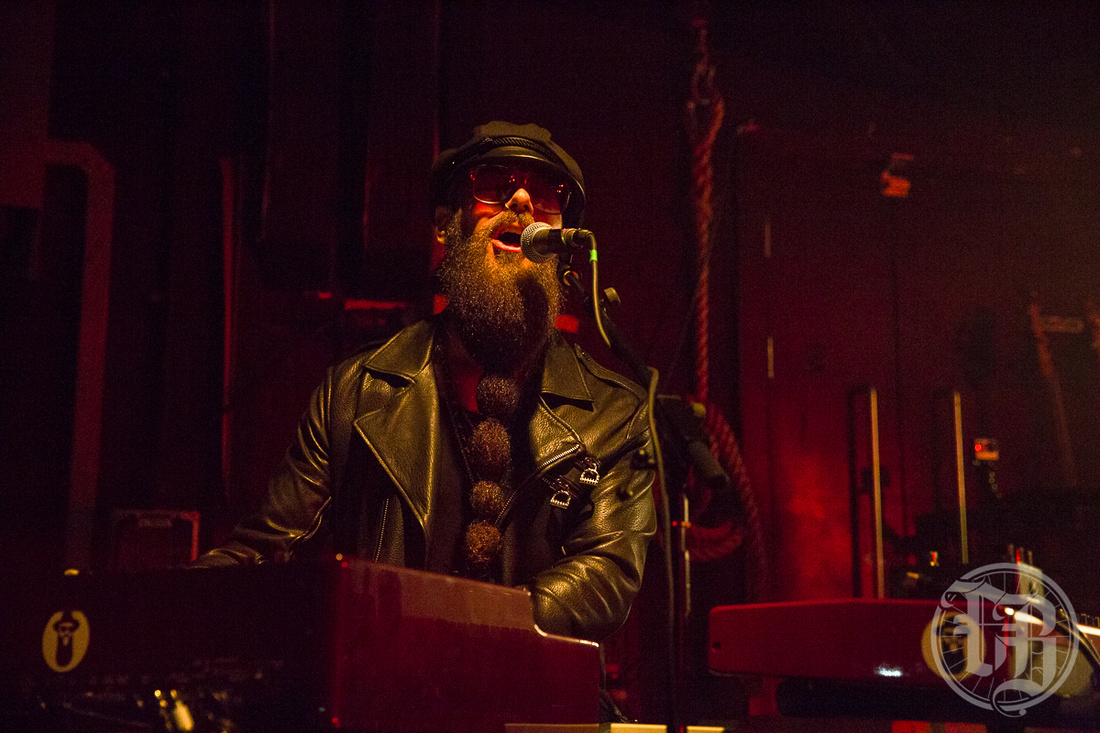 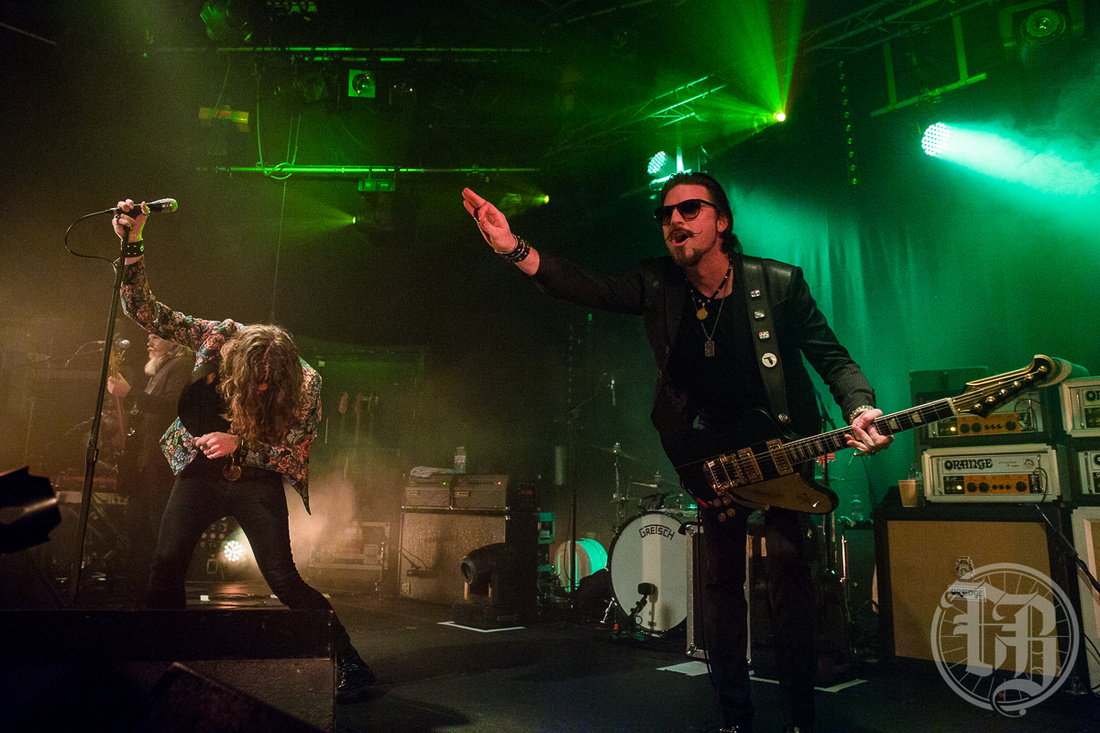 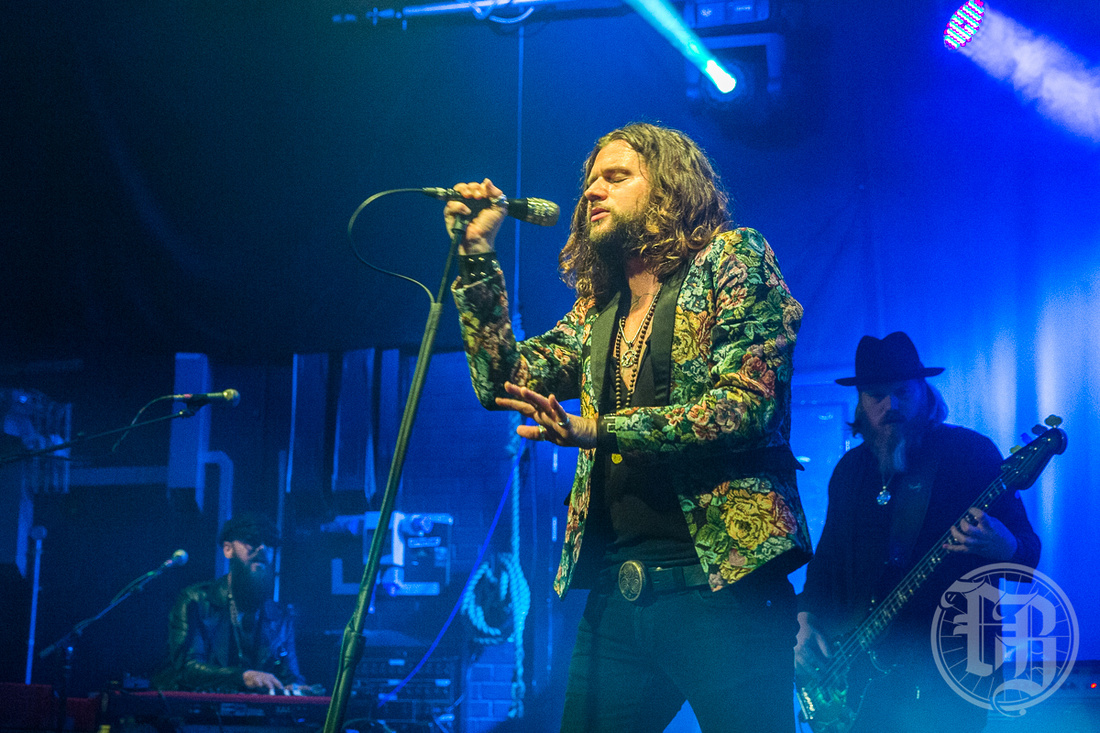 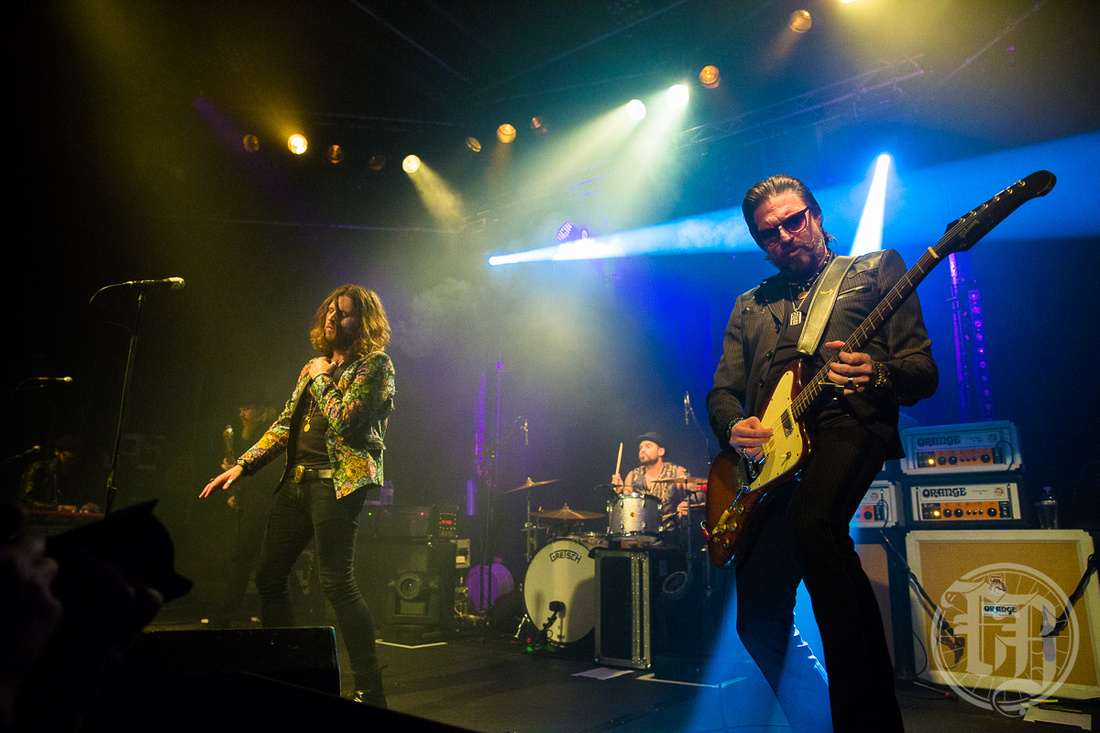 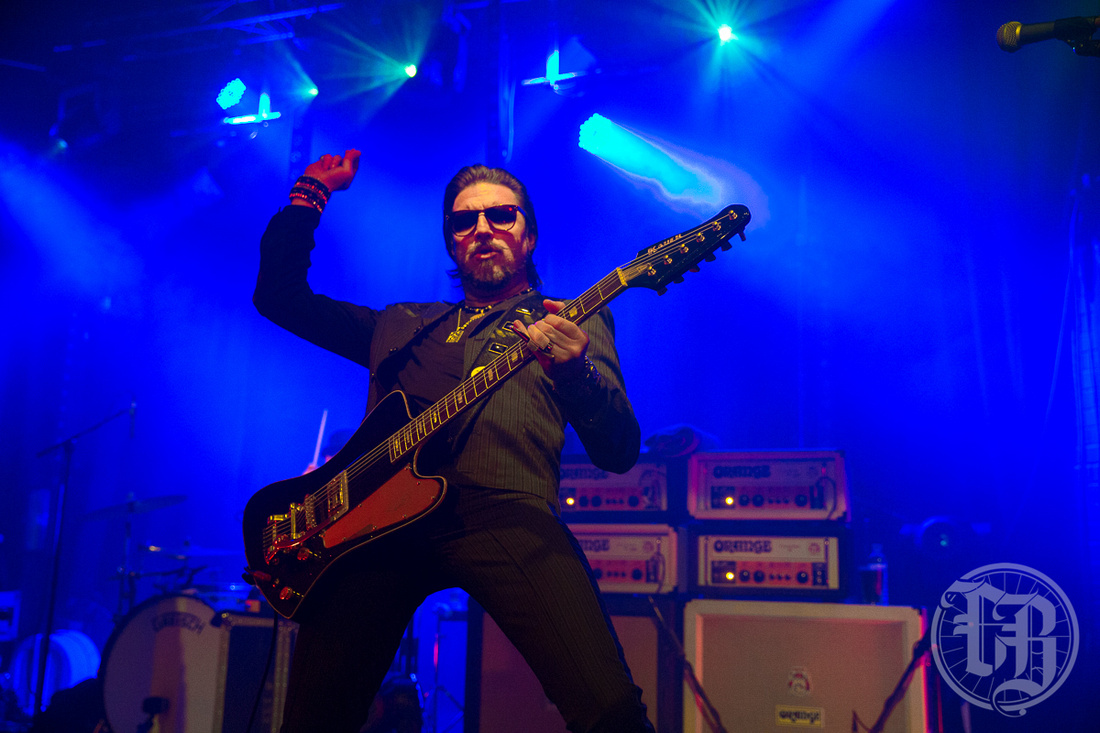 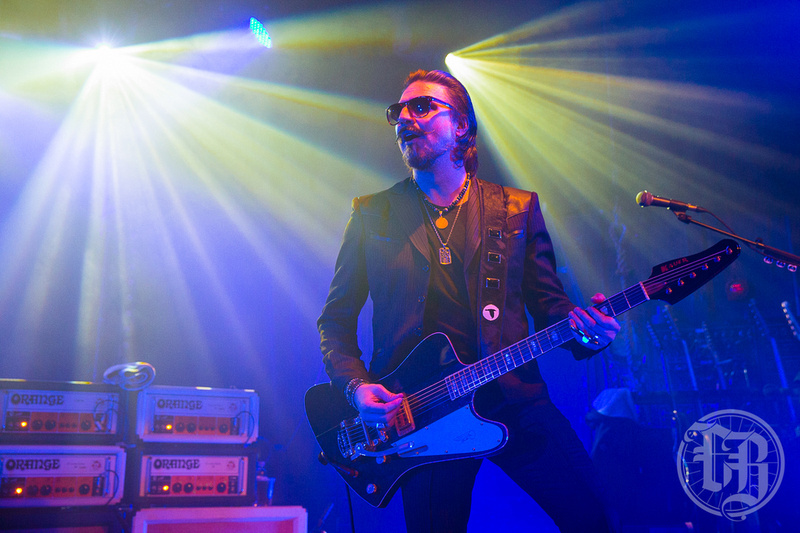